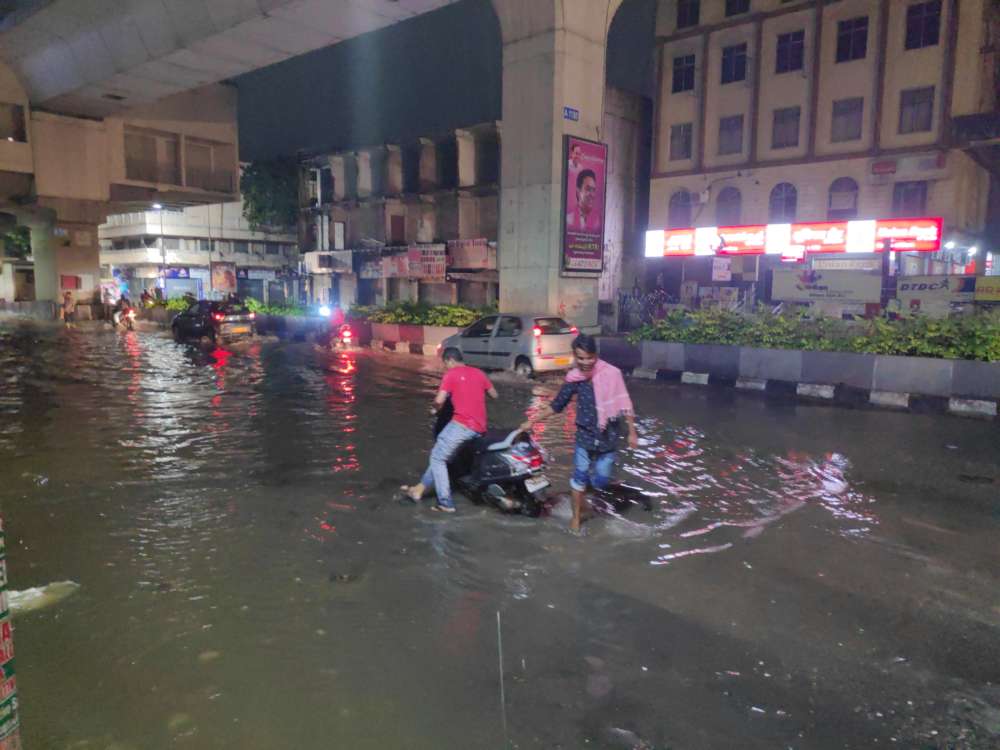 Hyderabad: A tragic incident took place in Kondapur in the city. The current was supplied to the power pole as the rain created havoc. A man named Adammark, who was holding the current column, has died. The rain drowned out the evening like yesterday. Roads were flooded due to rain in Jubilee Hills, Banjarahills, Madapur, Kondapur, Amerpet, Panjagutta, Kukatpally, Sarnagar, Himayatnagar, Hoshiyapet, Chaitanyapuri, Abids and Kothi. Meteorological department officials have said that there will be torrential rain in Hyderabad for another two hours.

GHMC officials alerted the rescue teams. Officials advised no one to get out of their homes. The DRF team was prepared in 18 locations in the city. Twin city police commissioners have issued orders for the lower level staff and officers to remain on duty until the water is cleared by the rain. Vehicles are heading towards the river as flood waters hit the roads. GHMC Mayor Bondu Rammohan appealed to the public to stay away from power poles and transformers.