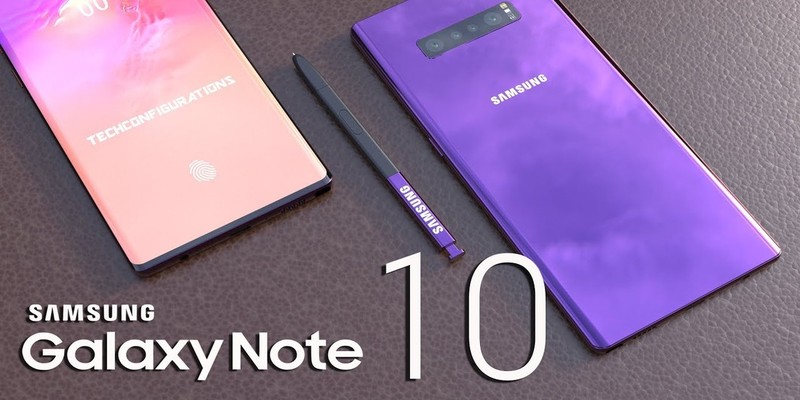 The official Galaxy Note 10 launch date is August 7, 2019, with a Samsung Unpacked press conference happening in Brooklyn, New York at the Barclays Center.
Samsung Galaxy Note 10 series leaks are coming right and left, and the latest ones somewhat round up the whole core package of the upcoming flagships. The key specifications of the Galaxy Note 10 and the Galaxy Note 10+ have surfaced online from a reliable source, in addition to some details about other innovation. Noteworthy among them is an updated S Pen that will support what is being called “Air Actions” gestures, allowing users to navigate through the phone's UI without having to touch the screen,

As per information shared by prolific tipster@Onleaks, the Samsung Galaxy Note 10 will feature a 6.3-inch Infinity-O AMOLED display and will be powered by the in-house Exynos 9825 SoC or the Snapdragon 855 Plus SoC, despite a previous report saying otherwise. The phone is tipped to pack 256GB of UFS 3.0 internal storage. In the camera department, the Galaxy Note 10 will reportedly pack a 12-megapixel primary sensor, assisted by a 16-megapixel ultra-wide-angle camera and a 12-megapixel telephoto lens.

The Samsung Galaxy Note 10 is said to come equipped with a 3,600mAh battery that will support 45W charging and will deliver a PowerShare output of 15W to wirelessly charge another device. Moreover, the phone is tipped to come with a 25W charger in the retail package. The S Pen is tipped to support what is called “Air Actions” gestures that will allow the S Pen to perform certain actions on the phone without touching the display.