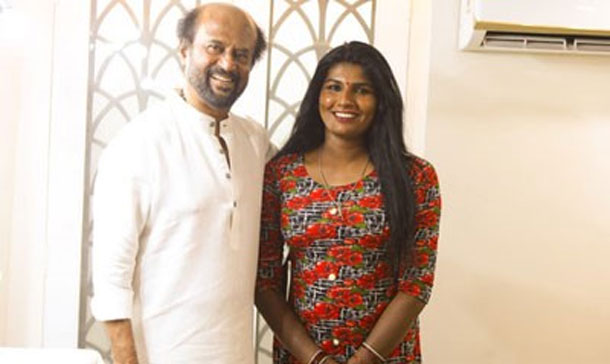 Rajnikanth's latest film Darbar is Murugadoss's vision. Rajni Dwyer plays the role, one of whom is a police officer, and another is an encounter specialist. Producers say the film will give fans a good feast. Anirudh Ravichander is composing music for this film which stars Nayanthara as the heroine. The film is being produced by Leica Productions and will be released on January 9 next year. Along with Bollywood actor Pratik Babbar, Chennai Bhama Nivedita Thomas and Malayalam actor Cheban Vinod Jose are also playing key roles in the movie Darbar.

While a few other prominent figures play a pivotal role in the film, their names are coming out one by one. Recently, it was reported that Yuvraj's father, Yog Raj Singh, played a key role, and the latest is that a transgender is playing a key role. Jeeva, a transgender starring Vijay Sethupathi and starring in Dharmadorai, is now starring in Darbar. The two main scenes are currently being filmed. Bollywood actor Sunil Shetty is playing the role of a villain in the movie Dharbar.