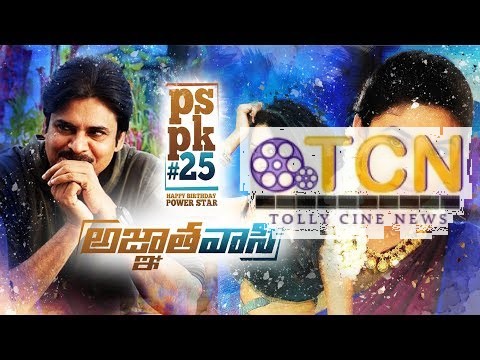 The title of Pawan Kalyan's upcoming film in the direction of Trivikram hasn't been officially announced yet. However, both media as well as fans seem to have fixed for 'Agnathavasi' title, and they even started promoting it. And, the credit for it must be given to Trivikram.

The makers have recently registered 'Agnathavasi' title in Film Chamber, and have reportedly leaked the title to media and fans. Now, the title is being mentioned in every news item, and on their part, several fans have changed their social media handles to 'Agnathavasi' and some have even created title logos too.

It is heard that Trivikram finalized 'Agnathavasi' title by the time of Pawan's birthday itself however he didn't announce it and unveiled just a concept poster. Feeling that the sudden announcement of such 'conceptual' title may generate mixed response, Trivikram reportedly devised the plan of letting it spread among fans for sometime and get their acceptance before officially announcing it. It is heard that Trivikram had a few more catchy titles in mind if Agnathavasi title received negative response. However, as the title has slowly started generating curiosity and receiving acceptance, Trivikram could confidently zero in on it.

Opting for such an unconventional title when having a star like Pawan Kalyan on bard is a daring gamble, but Trivikram had successfully pulled it off in the case of 'Attharintiki Daredi' too. The title and first look are expected to be unveiled for Diwali but there is no official sign from makers in that regard yet.