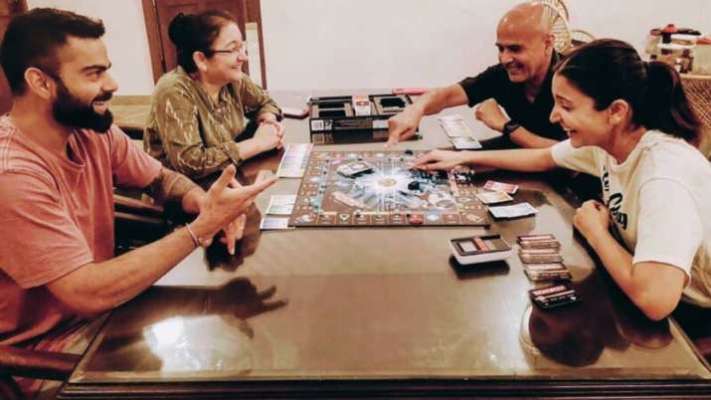 Anushka Sharma shares who's the winner of monopoly and her heart, and it's Virat Kohli of course!

Anushka Sharma shares who's the winner of monopoly and her heart, and it's Virat Kohli, of course! Bollywood actress Anushka Sharma has been impressing us through the journey of the lockdown by sharing some adorable social media posts. Recently, she brightened up everyone's mood when she posted a picture of herself along with her parents and husband Virat Kohli, completely engrossed into a game of monopoly and asked her fans to guess who won the game. Well now, she has finally revealed the answer and it is none other than the Indian cricketer who has not just won the game but also the actress's heart as she says in her latest Instagram story.

The previous picture Anushka shared was captioned, "It's from our primary care givers - family that we learn how to tread the journey of life, how to walk, how to eat, how to socialize & then face the world. This forms our initial conditioning that has a lasting impact on us. In the world we inhabit today, there is a lot of uncertainty and I'm sure a lot of you have found that solace & sense of familiarity with your families."